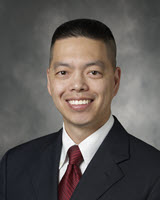 His clinical specialties are state-of-the-art radiation therapy for lung/thoracic cancers, including stereotactic ablative radiotherapy (SABR) and 4-D image-guided radiation therapy for lung tumors. Dr. Loo is a recognized expert in thoracic cancers serving on multiple national committees (including as writing member, chair, or vice-chair) that publish clinical guidelines on the treatment of lung cancer and other thoracic malignancies, including the National Comprehensive Cancer Network (NCCN), American College of Radiology (ACR), and American Society of Radiation Oncology (ASTRO).

His clinical research is in clinical trials and implementation of new treatment techniques for lung cancer, and development of new medical imaging methods for measuring organ function and predicting response to cancer treatment. As part of this work, he leads a clinical and preclinical research program in molecular imaging, particularly using novel PET tracers for tumor hypoxia (EF5), tumor proliferation (FLT), and neuroinflammation (PBR06). He also co-leads clinical trials of novel applications of SABR including treatment of pulmonary emphysema and cardiac arrhythmias. 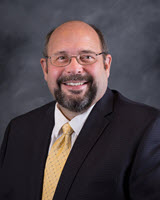 He is an expert in neutron scattering methods and technologies, having served on many national and international advisory committees for new neutron sources and instruments. He has over 35 years of experience using, constructing, developing, and operating neutron sources and neutron scattering instrumentation. His career has had dual objectives of using neutron scattering methods to study complex fluids and interfaces and to develop cutting-edge neutron technologies and instrumentation. Prior to becoming Technical Director, he led the STS Instrument Systems group which is responsible to construct the initial neutron scattering instruments at the STS and ensure that facility design and interfaces support future full build-out of a complete instrument suite. He led the ORNL Laboratory Directed Research & Development effort that developed the initial compact source geometry that is the basis of the high neutron brightness STS design and has been engaged in STS concept development and planning since its beginning.

He joined ORNL in 1998 as the first instrument scientist for the original SNS Project where he led the design and construction of the BaSiS near-backscattering neutron spectrometer which continues to support about 25 to 30 science publications each year. He has served in many leadership and management roles within the ORNL Neutron Sciences Directorate since its creation in 2006. Prior to joining the STS Project, he led the Instrument Methods, Projects and Technologies Group that focused on advancing state of the art in neutron sciences and technologies. From 2015 to 2018, he managed investment in neutron instrument improvements and upgrades at ORNL. 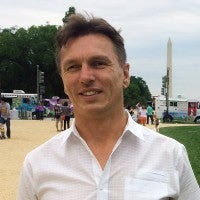 Dr. Siegfried Glenzer, who is the recipient of the recent E. O. Lawrence award, is Professor and High-Energy-Density division director at SLAC National Accelerator Laboratory. He joined SLAC as a distinguished scientist in 2013 to build a new discovery-class program in exploring matter in extreme conditions using high-power lasers and the world-class Linac Coherent Light Source x-ray beam.

Before joining SLAC, he held the plasma physics group leader position at the Lawrence Livermore National Laboratory for 12 years, where he led the first inertial confinement fusion experiments on the National Ignition Facility. He has also been visiting lecturer at the University of California, Berkeley. Dr. Siegfried is the individual recipient of the American Physical Society "Excellence in Plasma Physics" Award (2003). He also won two DOE Excellence in Publications Awards (2011 & 2014) and two Science and Technology Awards (2005 & 2012). In 2004, he received the Alexander-von-Humboldt senior research prize and spent a research and teaching year at the Universität Rostock and at the Deutsche Elektronen Synchrotron in Hamburg, Germany. Since then, he has been the host for two Alexander-von-Humboldt Lynen postdoctoral fellows, two Lawrence postdoctoral fellows, three Peter-Paul-Ewald fellows, and has supervised more than 20 postdoctoral scientists both at LLNL and SLAC.

Dr. Glenzer authored and co-authored 500 journal publications and published the textbook "Plasma Scattering of Electromagnetic Radiation" by D. H. Froula, S. H. Glenzer, N. C. Luhamn, Jr., J. Sheffield, 2nd edition (Elsevier, 2010). Glenzer is a fellow of the American Physical Society and was awarded the society’s 2003 John Dawson Award for Excellence in Plasma Physics Research. In 2014, he received the Ernest O. Lawrence Award of the U. S. Department of Energy. 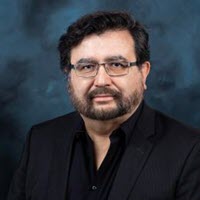 Dr. Alfredo Galindo-Uribarri is currently serving as Program Director for Nuclear Physics at the National Science Foundation as an IPA coming from the Physics Division of Oak Ridge National Laboratory (ORNL) where he is a senior scientist in the Neutrinos Group. He has a BSc degree in Physics from UNAM and a PhD in Physics from the University of Toronto based on the study of charged particles associated with the superdeformed and hyperdeformed bands.

He was a Research Fellow at the Nuclear Physics Branch, AECL, Chalk River Laboratory, in Canada and then became a Research Scientist until 1997. He was awarded the Discovery Award, at the Chalk River Laboratories in 1992: “For the development and implementation of a charged- particle detector array (miniball) for nuclear physics research at the 8Pi and other TASCC facilities”. In 1997 he moved to the Physics Division in Oak Ridge to work at the Holifield Radioactive Ion Beam Facility (HRIBF) where he pioneered the development of advanced spectroscopic particle-gamma techniques for nuclear structure studies. In the last decade Galindo-Uribarri got interested in the study of neutrinos and is currently a member of the PROSPECT, COHERENT and LEGEND collaborations.

Since 2005 he is also Professor (Adjunct), at University of Tennessee where he has enjoyed mentoring many graduate students. He was the chairman for the biennial 2016 Nuclear Structure Conference (NS2016); and for the Neutrinos in Nuclear Physics Workshop 2016 held in Knoxville, TN. He has been a referee and a reviewer for major scientific journals and national and international program and facility review committees. He has published more than 260 papers in high impact refereed journals, and his work has received over 10000 citations.